Today was the Saturday from Hell. I went in to work expecting to work my scheduled 8 AM to 1 PM shift and ended up leaving work at 4 PM. Our district manager visited the store today, which meant that my regular manager was twice as jumpy as usual. As usual, work sucked. Life goes on, and the world keeps moving.

The honeymoon is over. It has been for a few months now. I can barely remember a time where I actually enjoyed work and didn’t constantly check the time to see how much longer I had to wait until I could leave.

After leaving the store today, I came home and kind of zoned for a few hours. I didn’t really do much of anything and a few hours flew by very quickly. At around 8 PM I became aware of the time once again and decided I wanted to do something tonight. I texted Jon first and then Kristin, but Kristin was the first to respond. I called her and learned that her brother was about to go out on the roof to retrieve a ball he had gotten stuck up there earlier. I ran outside to the patio and snapped a few shots of him on the roof for blackmail. 😀 (*evil cackle*) Here’s the pics:

Kristin, on the phone with me, and Dillon, trying to get back inside.

From a distance, to show perspective.

After he finally went back into the house, Kristin came over and we talked about random things until Jon called to let me know he was off from work and able to hang out. He came over to my house a little while later with his girlfriend, Anne, and all four of us hung out at my house just messing around until about 10 PM when Kristin had to go. Then, Anne, Jon, and I went to Denny’s after a short debate over restaurant choices. We had a great time just talking and joking and eating some delicious cinnamon treats and the sampler we ordered until around 11 PM. Then we went back to my house and killed another half hour with occasional talk and awkward silence ’til they had to go. I then spent an hour on Facebook chatting with Kelci about the horrors of work and how basically every job we could currently get right now sucks other then becoming a lifeguard at a pool. We discussed the pros and cons of life-guarding for a while, and then ranted about our crummy jobs until 1 AM rolled around and we both decided sleep would be beneficial. And now I’m here, recounting the boring events of my day to a non-existent audience. Lovely, isn’t it? 😉

Basically, the beginning of the day blew, the middle was a blur, and the end was a blast (in comparison to the earlier parts). I did, however, take a few random pictures during the middle part of the day…

A lovely picture of Stella, my kickass electric guitar.

This was simply a “right place, right time” picture. The slow shutter speed made her tongue a blur.

And this last picture is a picture of me after I finally got home from the visit to Denny’s… God bless Suki for putting up with my me and my jackass friends. She definitely earned her tip that night. 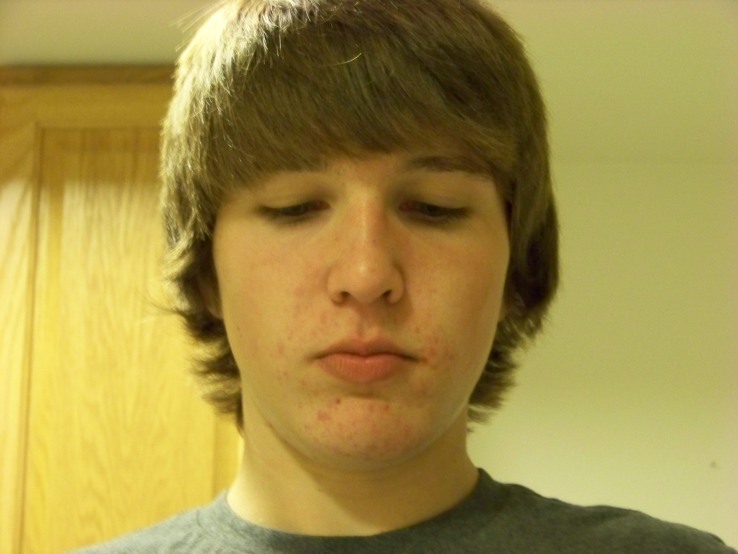 I really wanted to go to bed. Like really bad.

Thank God Summer is almost here. I can’t wait much longer to be free from school. I also cannot wait to go to sleep, so I’m going to end this blog here. Goodnight.

Welcome to The Final Summer, a blog about my day-to-day life during the summer. The blog officially began on June 5th, 2010, the first day of summer vacation during my senior year in high school. It’s been semi-active from the beginning of the summer until the end of the summer almost every year since.
(Status last updated 8/24/2018.)

© Will Opie and “The Final Summer”, 2010-2018. All Rights Reserved. Unauthorized use and/or duplication of this material without express and written permission from this blog’s author and/or owner is strictly prohibited. Excerpts and links may be used, provided that full and clear credit is given to Will Opie and “The Final Summer” with appropriate and specific direction to the original content. (This includes but is not limited to the use of any written content, photos, videos, audio recordings, or any other forms of media posted on this blog that are originally created by the blog’s author, Will Opie.) Any and all usage that violates these terms will be reported.